JUDY WOODRUFF: And now, how is the virus is affecting the U.S. military, and in particular one aircraft carrier based in the Pacific? We turn now to our foreign affairs and defense correspondent, Nick Schifrin. So, Nick, this is about the U.S. Navy, this ship in the Pacific. They have just held a conference call. Tell us what they're saying.

NICK SCHIFRIN: Yes, Judy, that conference call is ongoing. But the head of the U.S. Navy in the Pacific Ocean, Admiral John Aquilino, was discussing the Theodore Roosevelt, and he says that they're taking extraordinary action to try to isolate soldiers on that ship, testing them while in quarantine. But I have to say what he just announced is not what the captain of the ship has been asking for. Some number of hundreds, perhaps in the thousands, of sailors from USS Theodore Roosevelt are leaving that ship right now, but the admiral specifically said that they wouldn't accede to the request by the captain of the ship, which was really an extraordinary one, to take 90 percent of the ship off and keep 10 percent on the ship in order to clean the ship and maintain the nuclear reactor on that ship. And what the captain said was basically, we needed to do this because everyone on this ship was working too closely together, and that we couldn't keep the sailors safe. There have been dozens of cases of COVID-19 on that ship. And he wrote a real plea to the Pentagon in a letter yesterday, Judy. And let me read just part of it "Decisive action is required". Removing the majority of personnel from a deployed U.S. nuclear aircraft carrier and isolating them for two weeks may well seem like an extraordinary measure, but keeping over 4,000 young men and women aboard the Theodore Roosevelt is an unnecessary risk and breaks faith with those sailors entrusted to our care. Judy, Admiral Aquilino from the U.S. Navy in the Pacific said that that wasn't going to happen, that he said "There has never been an intent, an intent to take all the sailors off that ship". 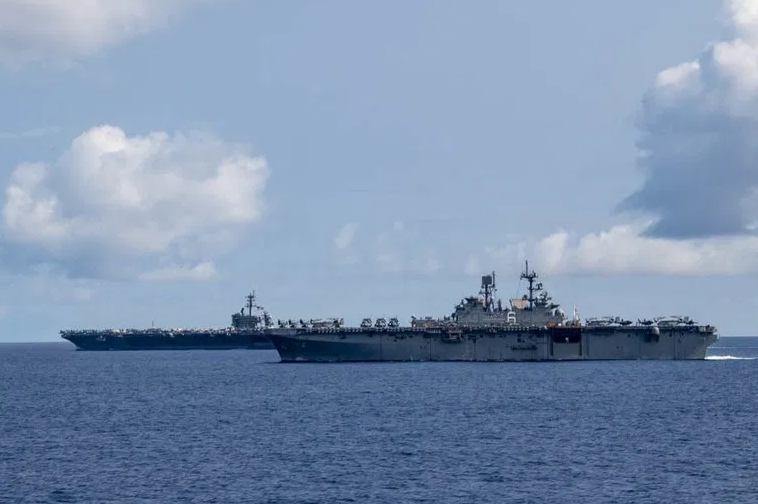 JUDY WOODRUFF: Still a lot of questions then about this decision. But quickly, Nick, how concerned is the military, from your reporting, about other ships that are out there around the world?

NICK SCHIFRIN: Well, the military says it's concerned about other ships, but I have to say, Judy, with this decision, they are clearly saying that they need to maintain readiness over maintaining the pure safety of all those sailors on the ship. And that's why the message today is that that ship wouldn't be evacuated. The experts I talk to fear that a lot of these Navy ships are like cruise ships. They're basically incubators for disease like COVID-19, and the sailors simply are working too close together in order to keep them all safe.

JUDY WOODRUFF: It just raises the question, how can one have readiness if the sailors themselves are not healthy?

JUDY WOODRUFF: Nick Schifrin reporting for us. Thank you, Nick.